What exactly is a nonprofit?  There are two principal types of non-profits: Tax exempt groups formed under section 501 (c) 3 of the Internal Revenue Code as “public charities” because they are formed for the “public benefit” and foundations (either community or private). Here’s a simple breakdown of nonprofit types and incidence by-type (Source: National Council of Nonprofits): 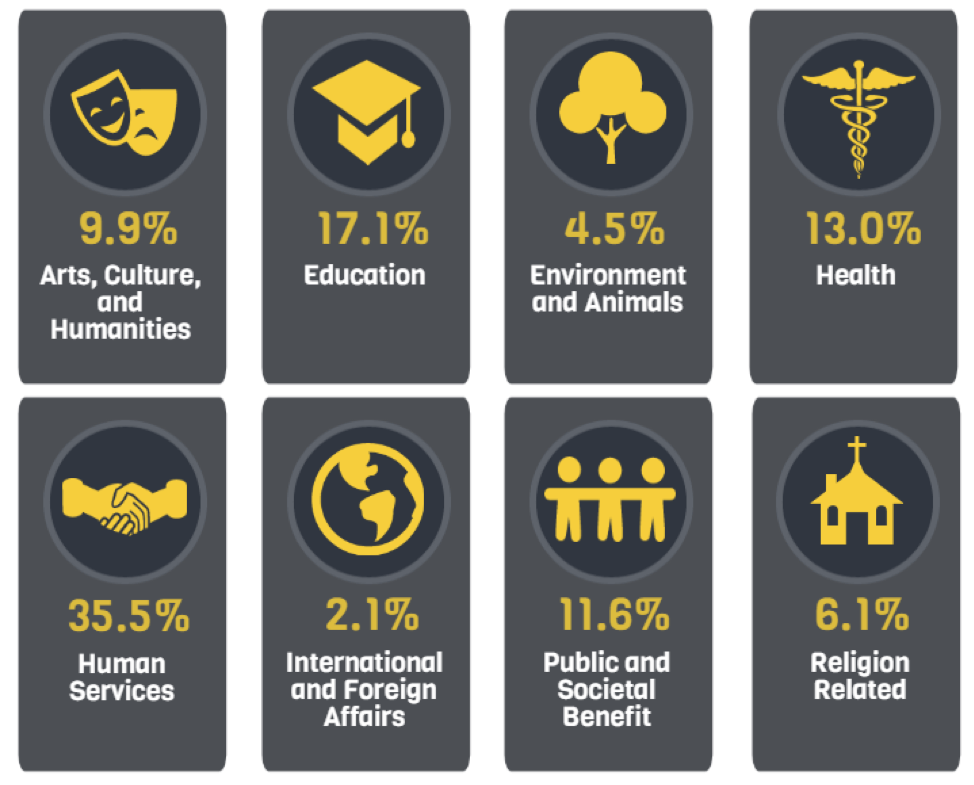 Garrett County has a fairly large number of nonprofits, given its lack of population density and limited population (~30,000).  While estimates vary and it was difficult to obtain a consensus figure, there are over three dozen nonprofits that are members of the Garrett County Chamber of Commerce, at least eight non-profit schools in the county, at least 12 volunteer fire departments/rescue squads, and estimates by the Maryland Department of Labor, Licensing and Regulation forecast the number to be well over 200 entities, employing over 1,000 individuals.

Regardless of the exact numbers, there are a number of Garrett County non-profits that are actively and visibly engaged in making our community a better place to live, helping those in need a providing stewardship for our great area natural resources, including Deep Creek Lake.  While we hope to delve into a few of our local nonprofits in part two of this article (which will appear in June or July), here’s a list of the nonprofits we could identify.  This list reads like a “who’s who” of area organizations that are actively and effectively engaged in our community.  Again, I hope to “dig-deeper” in our next installment and profile a few nonprofits and their leadership/employees for our readers.

Here’s the list. Note: this is not a 100% inclusive list and I welcome submissions of any I missed: