Venus at it’s best in western dusk, Moon passes by Saturn and Jupiter, Orion in late evening sky
SUN – November begins with a Keyser sunrise at 7:45 a.m. and sunset at 6:14 p.m., giving us with 10 hrs, and 24 min. of sunlight.  On November 7, we go to Standard Time, setting our clocks back an hour.  The sun is in Libra through November 22, then into Scorpius for 6 days, and finishing November in Ophiuchus (Serpent Bearer). November ends with a 7:16 a.m. sunrise and a 4:53 p.m. sunset, supplying 9 hrs. and 42 min. of sunlight.
MOON – The moon nearly lines up with sun on November 4 (New Moon). There follows two weeks of the moon in the evening sky, growing from a slender crescent to nearly full. The moon will  appear near the brilliant planet Venus on November 7 in the western dusk.  On November 10, the moon will appear half full (like a ‘D’) in the southwestern evening sky.  Along the moon’s left edge (straight), the sun there is rising, lighting the crater rims and mountains. The evenings of November 9-12 will be best for observing the moon’s rugged surface with a telescope. On the night of November 18-19, the moon is full, rising about sunset and hanging in view all through the night. After full, the moon continues its eastward motion, rising about 50 minutes later each night. On November27, The moon will appear half full (like a reversed ‘D’) in the southern dawn.
PLANETS – Venus is at its best in the western dusk, setting 2.5 hours after the sunset. Bright Jupiter and the dimmer planet Saturn are in the star group Capricornus. On the November 10, the moon appears under Saturn and the next evening near Jupiter.  A small telescope will reveal Jupiter’s four large moon as tiny stars astride the planet. A small telescope magnifying 40 or more power will reveal Saturn’s rings.
STARS – Orion’s is the brightest star group with his three star belt and bright stars Betelgeuse and Rigel. In mid evening, Orion can be seen in the southeast sky. Orion’s belt points right to Aldebaran, the bright star marking the eye of Taurus’ eye. Above Aldebaran is the 7 Sisters’ star cluster, a group that resembles a tiny dipper.

Check out the interactive map at https://birdcast.info/ 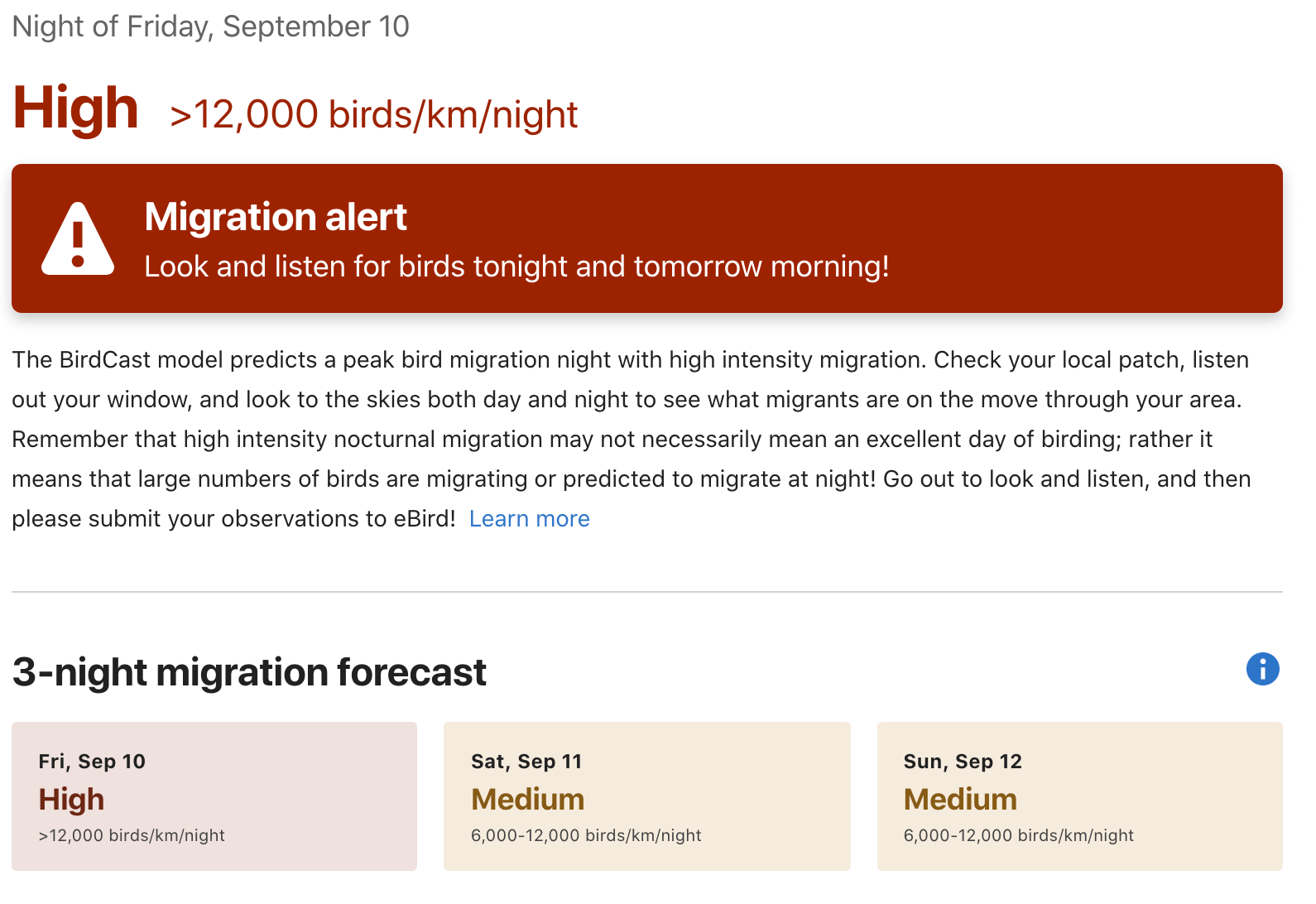