Yesterday was a nice day at the lake, with just a little cloudiness in the afternoon.  Today, we have a slight chance of showers after 11:00 am and chance of showers in the evening.. Mostly sunny, with a high near 74 degrees. West wind 5 to 7 mph. Chance of precipitation is 20% today. The evening will be mostly cloudy, with a low around 55.

Here’s a nice photo submitted by Bill Schmdt of a little bear having a snack.. According to Bill, the photo was taken not far from the bridge over the Yough at Swallow falls. Even though the bird seed was 15ft up, realized he/she could snag the rope to bring it in. Smarter than the average bear! Only has one ear, so Bill’s daughter nick-named him “Uno.”  Hmm, I bet he would like some Uno’s pizza for dinner too! 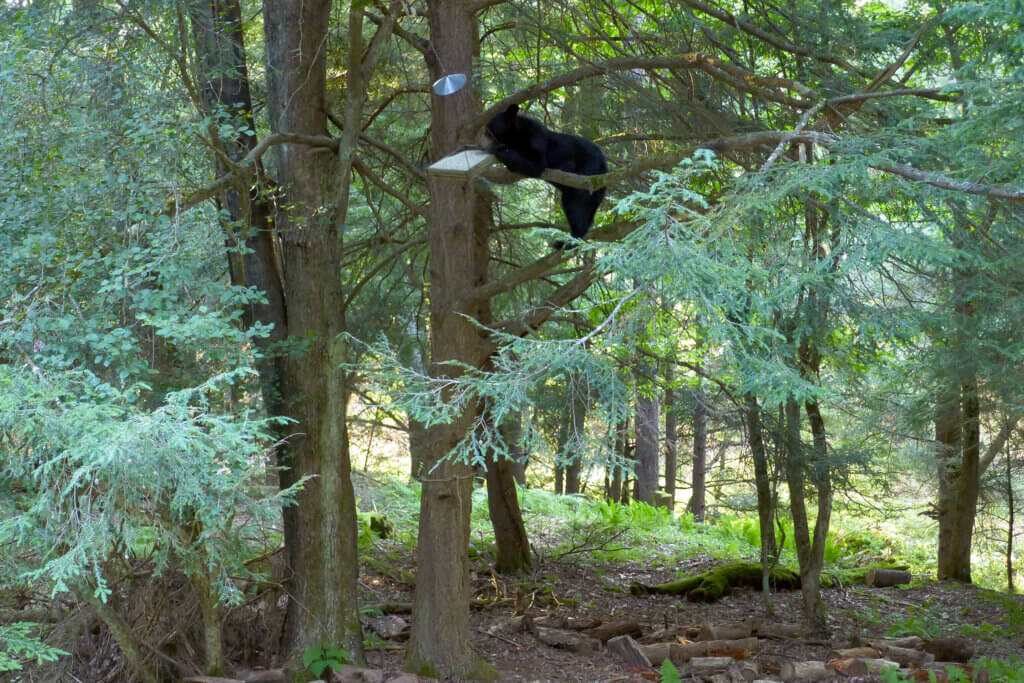 Way back in early July we reported a rabies case in the county.  An organization involved in animal removal and problem prevention reached out and offered this link to their information on rabies so I am sharing it here. I am certainly not an expert on rabies (or problem animal removal) so I thought I would share here for our readers to review.

Dave Yoder, Grounds Chairman for the Springs Historical Society is looking for some volunteers this coming Saturday, August 22nd in the afternoon, to help paint some of the historical buildings.  Unfortunately, the society has cancelled their festival this year due to the pandemic, but they are using this time to improve their holdings and you can help.  Contact Dave at 817.229.0185 or at daveyoder@verizon.net.

Thanks to fellow Lion Chris Nichols for letting me know that Tip Jar is actually a lottery game in West Virginia. 🙂 If you are wondering what I am talking about, go to Monday’s Daily Notes and see the photo at the gas station.  I also realized I mispelled Keyser on that very same post! It was late. I was tired. And, yes I know how to spell it, just a typo. Go Keyser!