Wisp Resort has hired ski industry veteran Ron Hawkes as its new general manager replacing Jerry Geisler who is retiring after 45 years at the western Maryland resort.  Hawkes is intimately familiar with the Mid-Atlantic ski market having served as President and General Manager at Roundtop Mountain Resort in Pennsylvania for eleven years, and he brings wide ranging experience to the job having worked at ski resorts in Vermont, New York, Colorado, and even Chile in South America.

Hawkes comes to Wisp from Camelback Resort in Pennsylvania which, like Wisp, has both summer and winter resort activities.  Prior to that he was the general manager at Montage Mountain Resort near Scranton, Pennsylvania and was previously the GM of the Wyndham Garden York hotel in York, Pennsylvania.

Vern Greco, CEO of Pacific Group Resorts, Inc. which operates Wisp, indicated Hawkes rose to the top of a strong pool of candidates which included applicants from ski areas as far away as New Mexico and China and as close as Virginia.  Greco noted the experience Hawkes has accumulated in the non-ski related aspects of the business were equally important for a place like Wisp which includes a conference hotel, large event venues, and active summer operations.

“When you are looking to replace a guy like Jerry who has been at Wisp for more than four decades, it helps to bring in strong and relevant expertise which is what Ron provides,” Greco explained.  “Experience alone wasn’t enough, however.  Since we introduce so many new people to skiing and snowboarding, we were looking for someone who loves the sport and could spread that enthusiasm to our guests.  Ron is an avid skier and ski instructor who enjoys the sport so much he even spent time teaching at Winter Park Resort in Colorado this past spring after Camelback finished its ski season.”

Hawkes’ affinity for skiing led to his entree into the ski business which included nine seasons teaching skiing in Chile in the South American winter months.  During that time, he ran the ski school at Whitetail Resort in Pennsylvania in the early 90’s and was the Ski School Training Director at Mt. Snow in Vermont in the mid 90’s.  He then spent ten years at Hunter Mountain in New York as the Director of Skiing and Snowboarding.  While he was the assistant general manager at Camelback, he also took on the position as the staff trainer for the ski school because of the importance of a beginner’s first experience on the slopes.

As a year round destination, Wisp features 36 holes of golf, and Hawkes has experience on the links as well, both as a recreational and tournament player and working at Jack Frost National Golf Club in Pennsylvania.  “Being the General Manager at Wisp Resort is a perfect crescendo for my career in this business.  It’s an exact culmination of the experiences I’ve gained from skiing to lodging to golf, and even to the water sports at Wisp which in many respects are equivalent to my experience overseeing the waterpark at Camelback.  I’m very much looking forward to helping the Wisp guests enjoy all the adventure the resort and the Deep Creek Lake area have to offer.” 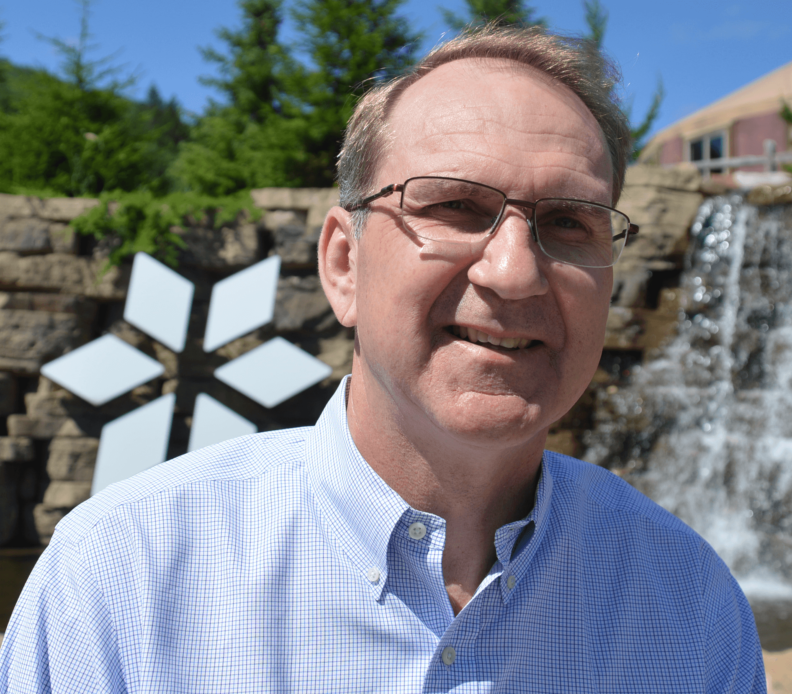