Seems like we have had a number of days this season with a mix of snow and rain and today/tonight will fit into that category.  We will start with some rain in the afternoon, with a high of 51 degrees, but then get to a low temperature of around 22 degrees. We will have evening winds 8 to 16 mph, with gusts as high as 28 mph. The rain during the day will turn into a mix and then go over to snow after midnight, with an accumulation of one – three inches possible.

The weather is part of a larger storm system coming to the northeast and we will be getting our precipitation as part of a “southern extension” (note the light blue “finger”) coming down right through Garrett County.  Here’s what it looked like last evening as predicted and mapped by AccuWeather. 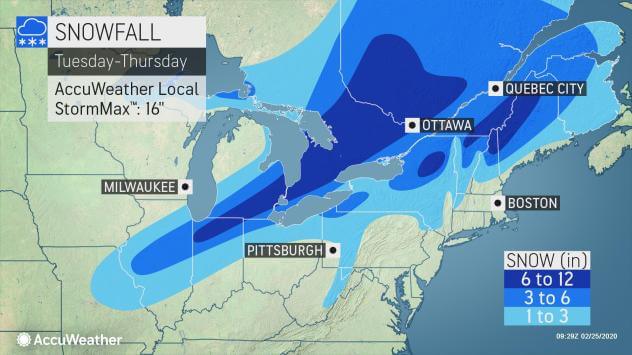 The Department of Natural Resources has announced the winner of the Arbor Day Poster art contest and it was a student in Sykesville that took home first place. Pretty impressive.  Wish I had that kind of talent. 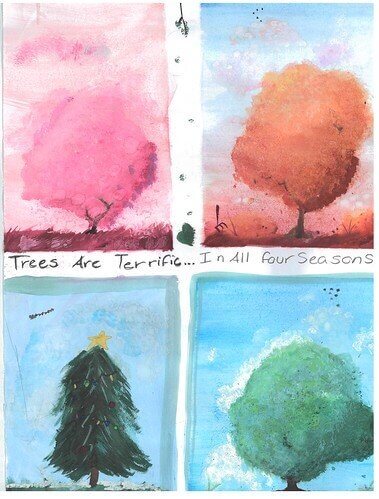 There’s a home school program this afternoon up at the Grantsville Library starting at 2:00 pm and led by noted naturalist and great speaker, Kevin Dodge.  The session is called: Salamanders and Frogs and Snakes, Oh My!

The Garrett County Chamber of Commerce announced that The Rooster’s Nest will be hosting the next Business After Hours on Thursday, March 12th from 5:30 pm – 7:30 pm at their 12336 National Pike location in Grantsville. I know Sandy, the owner, who was one of my (very bright, hard-working) students at Garrett College and she has put a lot of effort into achieveing her dream of owning her own restaurant. I will, unfortunately, be out of town that day, but stop by if you can and tell her Mike sent you. She deserves our support.

Finally, the Maryland Department of Natural Resources is supporting a joint resolution proposed by the Maryland General Assembly that will move the state closer to controlling the invasive blue catfish population by establishing commercial harvest.  Native to the Mississippi River basin, blue catfish were introduced to the mid-Atlantic in the 1970s. Since then it has exploded in population and range, and can now be found throughout Chesapeake Bay and Potomac River watersheds. Blue catfish are a significant threat to the ecosystem because of their rapidly increasing populations and capacity to consume significant amounts of native species.  They are NOT at Deep Creek Lake, but thought I would share as this is important to all Marylanders. https://news.maryland.gov/dnr/2020/02/25/department-of-natural-resources-urges-congress-to-address-rules-hindering-market-for-invasive-blue-catfish/