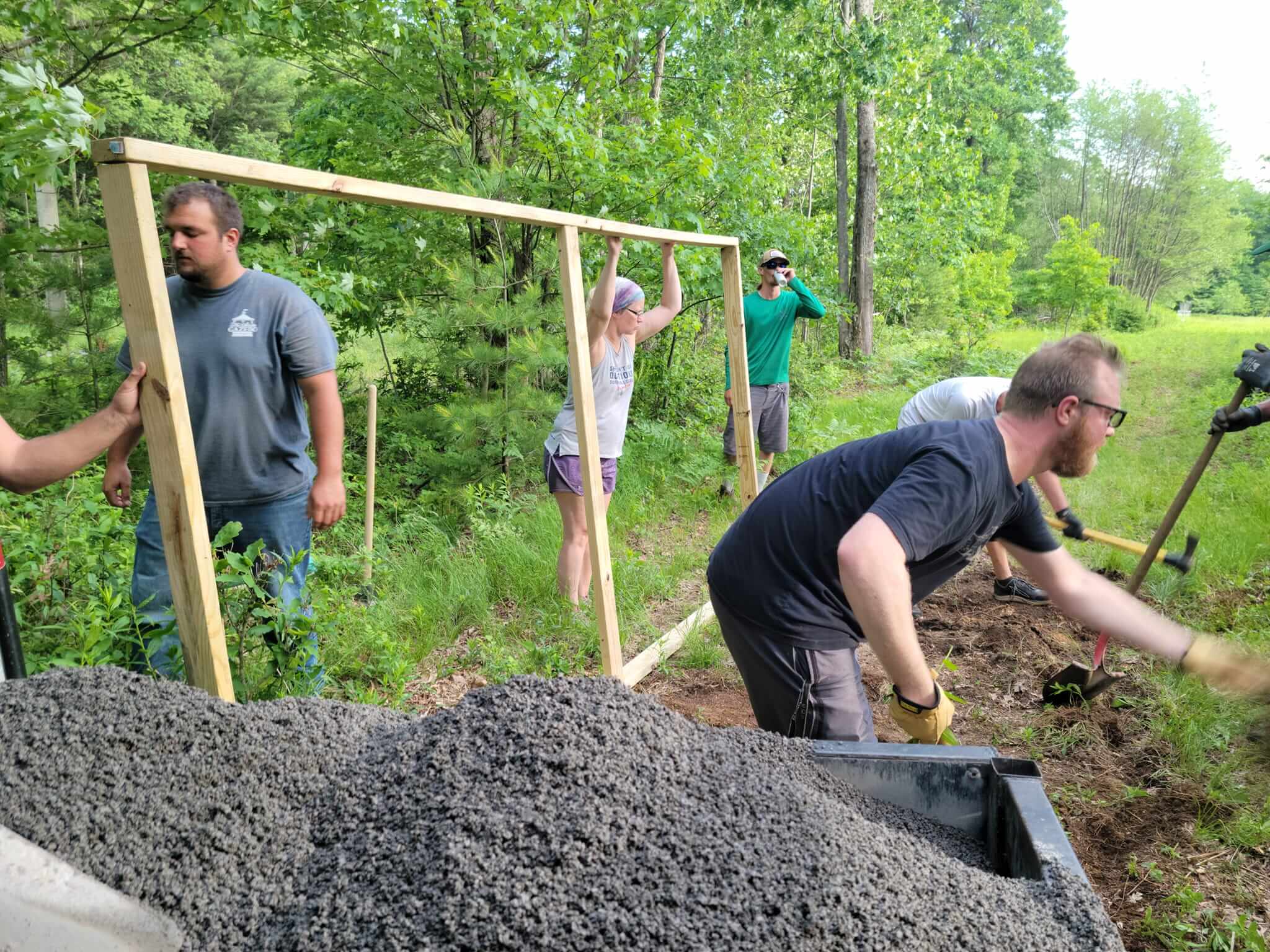 The Deep Creek Lake Lions is pleased to announce the formal opening of a new public disc golf course at the McHenry Community Park on BumbleBee Rd. The Glades at Meshach Run is a 9 hole, free-to-play disc golf course. Disc golf is similar to conventional golf, with throwing discs taking the place of balls and raised metal baskets taking the place of holes. The idea for the course began with Ryan Harlow and other local disc golf enthusiasts, who pitched the idea to the club as a fairly low-cost and maintenance new feature at the McHenry Community Park. The Club voted to fund the material side of the project, with the local group of disc golfers volunteering to build it. The Club and volunteer group also solicited sponsorships of $500 per hole in order to add high-quality tee pads to each hole.

Construction began on May 14th, and the volunteers were able to clear the tee pad areas and install all of the baskets. The course had a “soft opening” the next week, and over the course of the next 2 months, artificial turf tee pads were installed at each hole, and fairways were cleared and expanded during several more volunteer build days.

“The course has already been a big hit,” said project coordinator Chris Nichols,” even just by word-of-mouth and some social media postings, we are getting over 50 users during peak days. We’re delighted to see the public getting out and getting active at our park.”

The course has been a testing ground for use by the visually impaired, another of the Club’s primary service areas. Using a set of simple beepers activated by a remote, the Club has enabled the visually impaired to play a few of the holes of the course. The beepers are placed on both the target and a disc. The thrower activates the beeper on the target, allowing them to aim their throw. Once they have thrown the disc, another button on the remote activates a beeper on the disc, which allows the thrower to find it. The concept was successfully tested during the Club’s Blind Camper program this summer. The Club is investigating improving the system by adding a phone-based app and a pitch-changing beeper which allows the thrower to “see” the trajectory of their throw.

The Club will be holding the Grand Opening of The Glades at Meshach Run Disc Golf Course on Wednesday, August 17th at 6 pm. An en-mass disc throw is planned to officially open the course to be captured by a drone video. Participants will be entered for door prizes, including Lions Club swag bags, Garrett County adventure maps, and discs.

The Club hopes to expand from 9 holes to 18 holes in the near future. We are looking for more sponsors to complete the additional 9 holes.

The Deep Creek lake Lions Club was chartered in 1972, and its mission is “To serve the community and visually impaired with a special emphasis on outdoor recreation” In addition to operating the McHenry Community Park, the Club holds the Blind Skier and Camper Programs in support of this mission. The Club will be celebrating the 50th Anniversary of the Blind Skier program with a gala dinner on Feb 7, 2023. For more information on the Club, including how to donate, become a member, sponsor a disc golf hole or support a fundraiser, visit deepcreeklions.org or email DCLLIONS@gmail.com or call/txt 323 325-5466 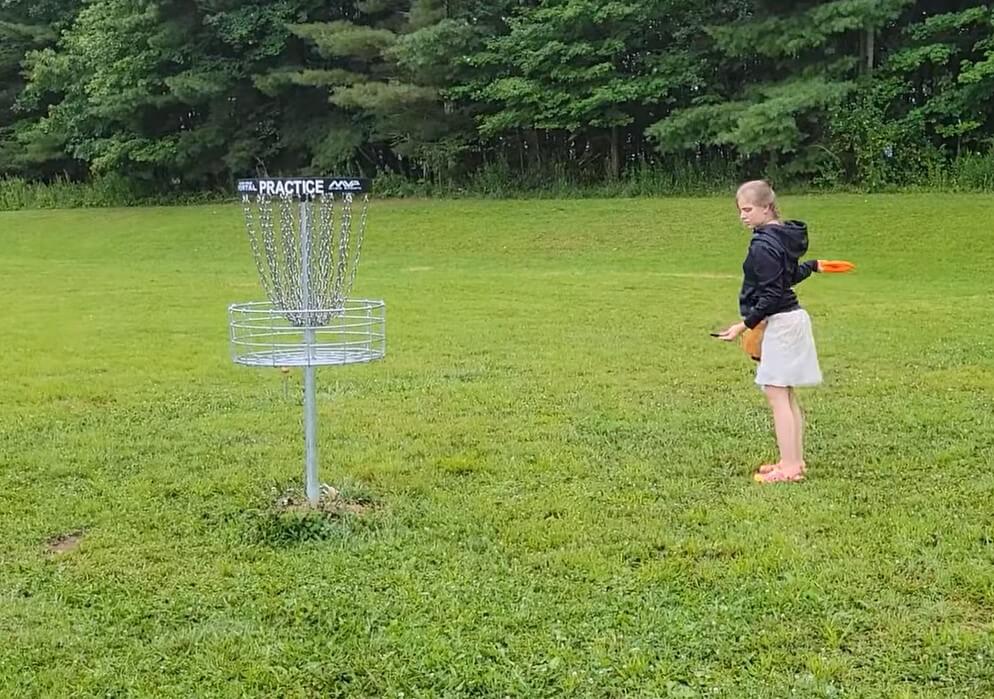 During the Club’s Blind Camper program this year, Meredith, one of the visually impaired children, was able to play a hole of disc golf using the Club’s remote-and-beeper system. She was able to make the basket in two throws.

During one of the build days, volunteers clear and level the area for the tee pad box, which will then be filled with stone dust and covered with artificial turf.