A quartet of donors has stepped forward with naming gifts for offices in the Performing Arts Center (PAC) at Garrett College.

Bill and Laurie Grant, Walt and Karen Malecki, Dr. Brenda McCartney, and the FirstEnergy Foundation are all providing gifts to the Garrett College Foundation (GCF) PAC endowment.  Their gifts are naming spaces in the PAC that include the offices of the executive director, a faculty office space, and two other spaces for PAC staffing.

“Laurie and I feel strongly about the Performing Arts Center. It is a much-needed facility in our county, and the College is the right place for it,” said Bill Grant, whose gift with wife Laurie is naming the faculty office space.  “We wanted to be part of the campaign and were motivated to support it through a memorial gift honoring Nancy K. Learey, who was a very close and dear friend, and the founding director of the Garrett Choral Society.”

Lorna Wisham, president of FirstEnergy Foundation, called the PAC “a cultural and educational asset that will benefit the region for years to come.”

“FirstEnergy is committed to strengthening the communities where we live and work, and we’re proud to support this exciting new facility with a gift from the FirstEnergy Foundation,” added Wisham.

The Garrett College Foundation recently announced The Campaign for Garrett:  Realizing our Dream to raise $2.5 million that will generate regular income for PAC operations.

“The Foundation’s endowment campaign is intended to ensure Garrett County has an accessible, state-of-the-art and fiscally sustainable performing arts center,” said Dr. McCartney, who serves as vice chair of the Garrett College Board of Trustees.  “I enthusiastically support that goal and am pleased to honor my parents, Richard and Eleanor Dawson, by contributing to this community project.”

Karen Malecki said the performing arts “have always been very important to each member of our family.”

“We believe that the PAC is a necessity for the Garrett County community to continue to enrich the lives of its stakeholders – students, residents and visitors,” added Karen.

Walt Malecki, the GCF’s treasurer, said he and his wife recognize the importance of supporting the PAC’s long-term operations through the endowment campaign.

“It is critical that the ongoing operational costs of the PAC be funded,” said Walt.  “Based on what the performing arts mean to us, we want to assist in that effort by donating to the fundraising campaign.”

“I appreciate the generosity and commitment these gifts represent,” said Dr. Richard Midcap, Garrett College’s president.  “We’re all looking forward to the upcoming opening of the PAC, which will dramatically increase access to the performing arts in Garrett County.”

The PAC is expected to open in spring 2022.  For additional information on the PAC campaign, please contact the Garrett College Foundation Office at 301-387-3100. 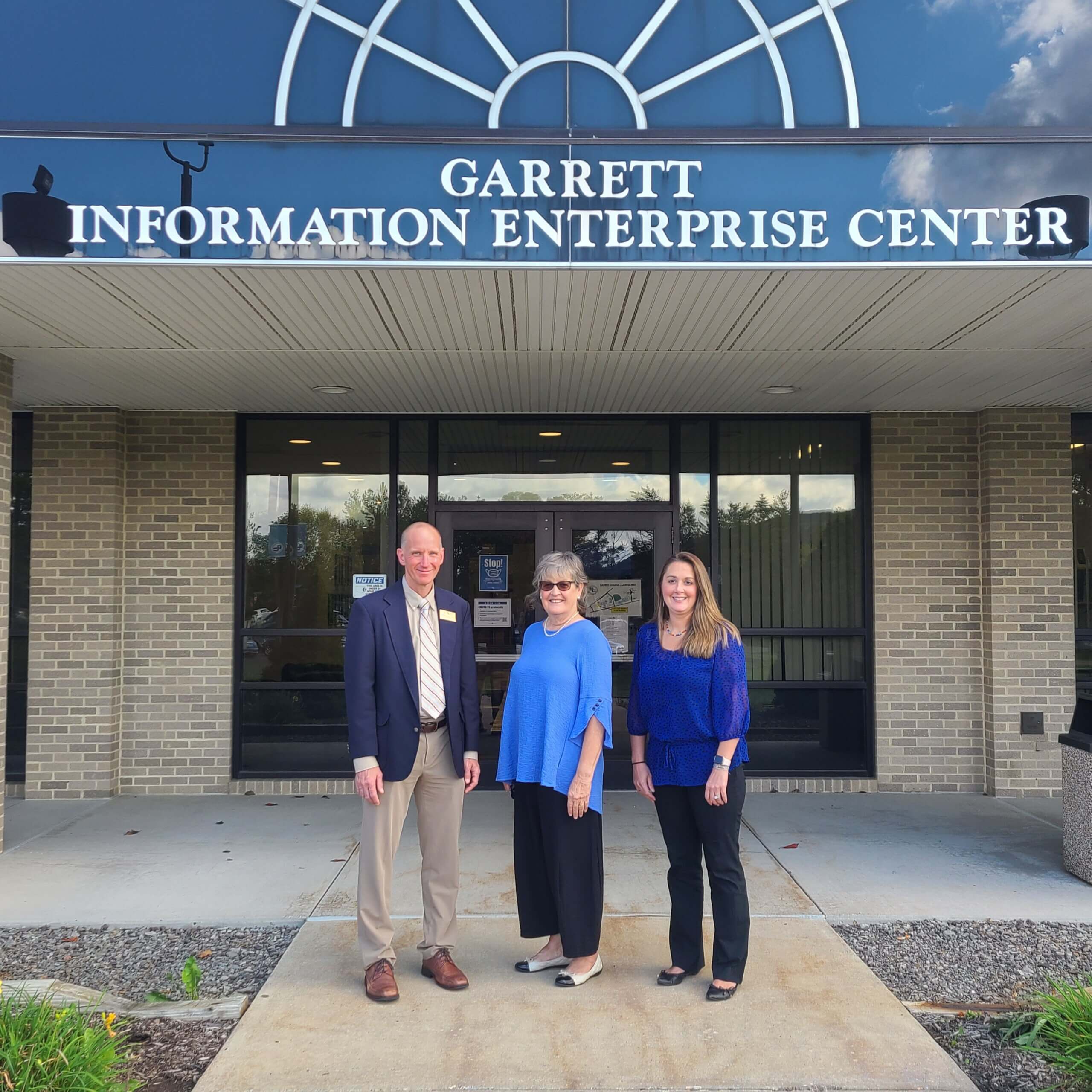 Bill and Laurie Grant, center, provided a named gift for an office in the new Performing Arts Center at Garrett College in honor of Nancy K. Learey, a close friend of the Grants and the founding director of the Garrett Choral Society.  Garrett College Foundation representative Kearstin Hinebaugh is at the far left and Garrett College President Dr. Richard Midcap is on the far right. 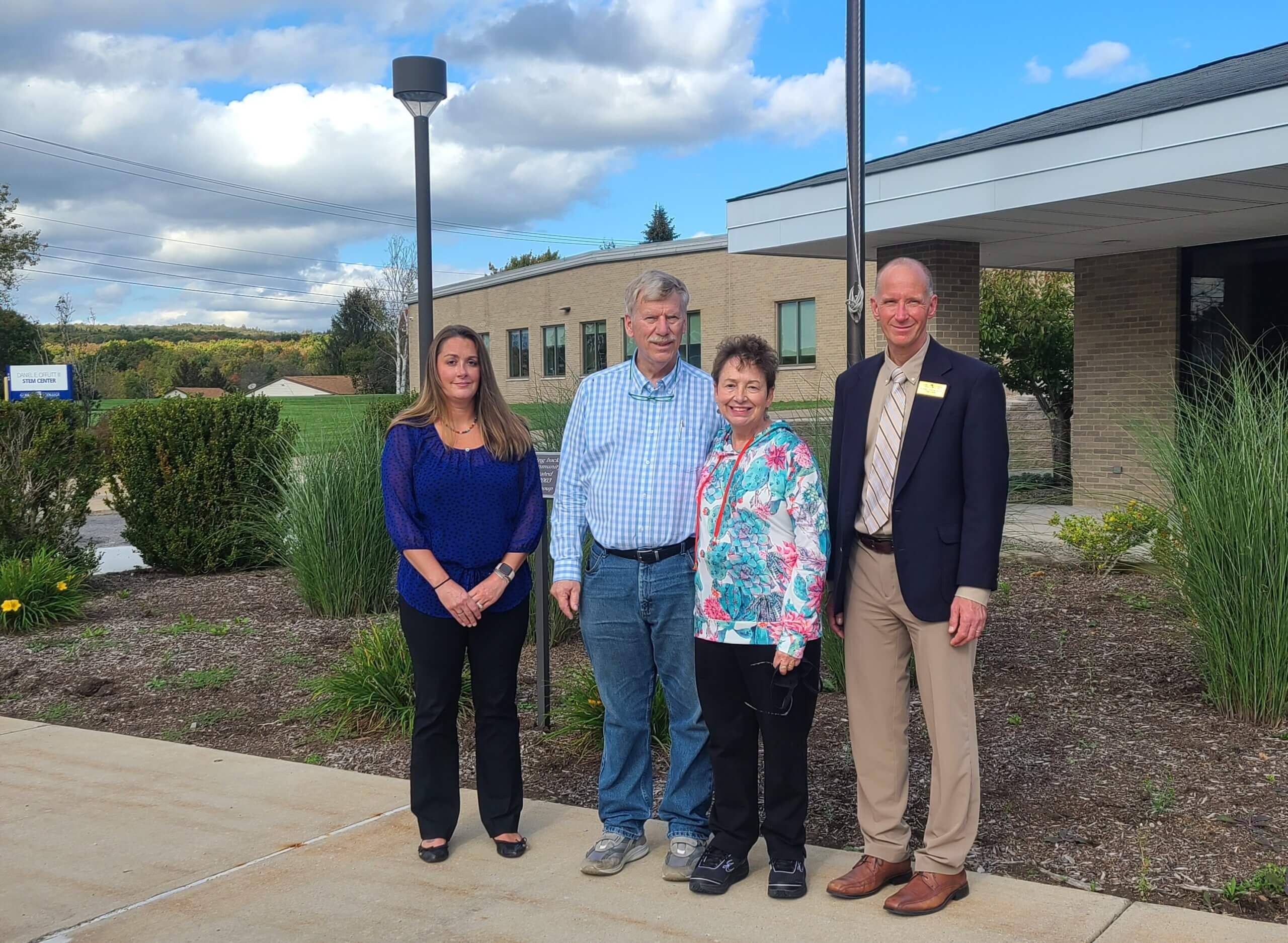 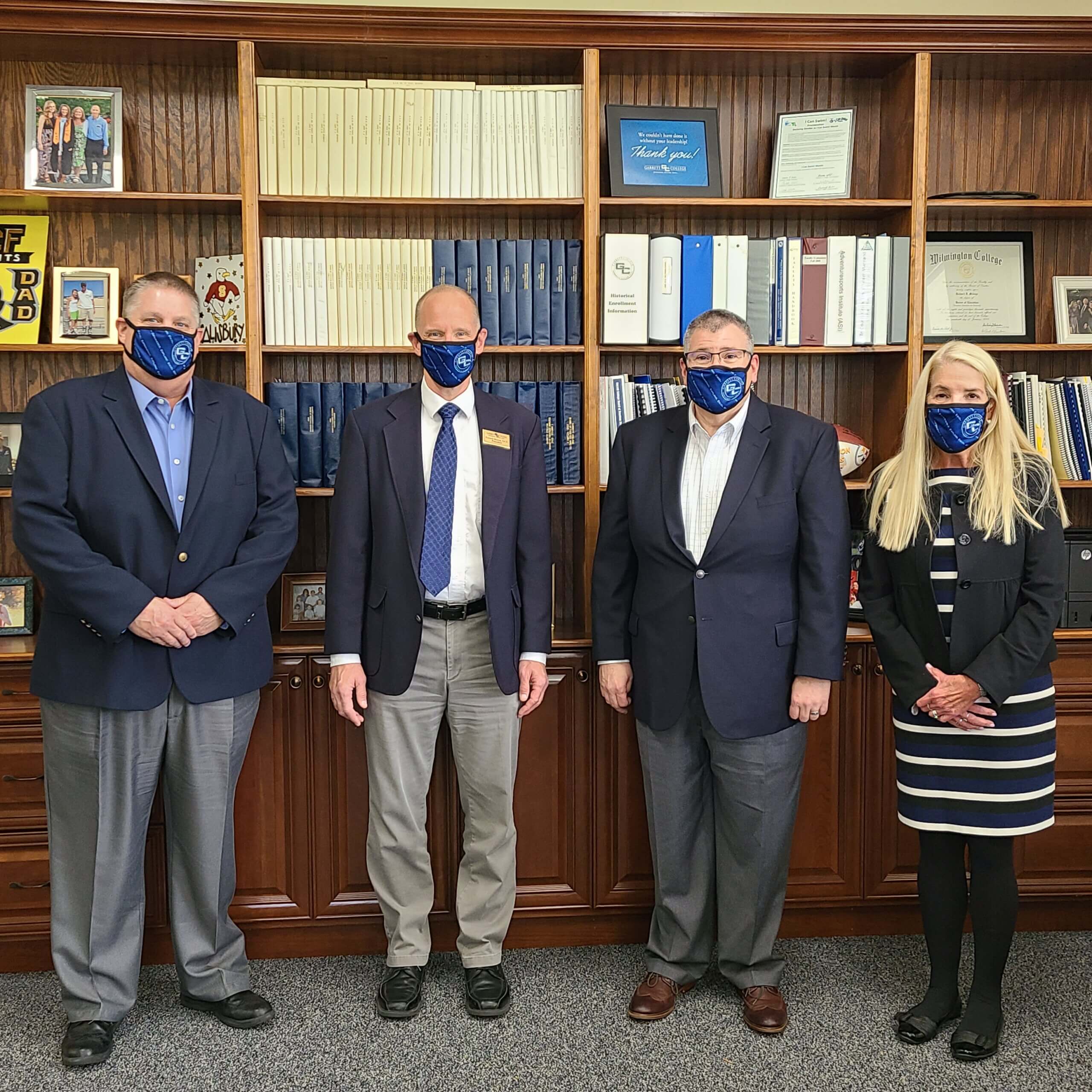 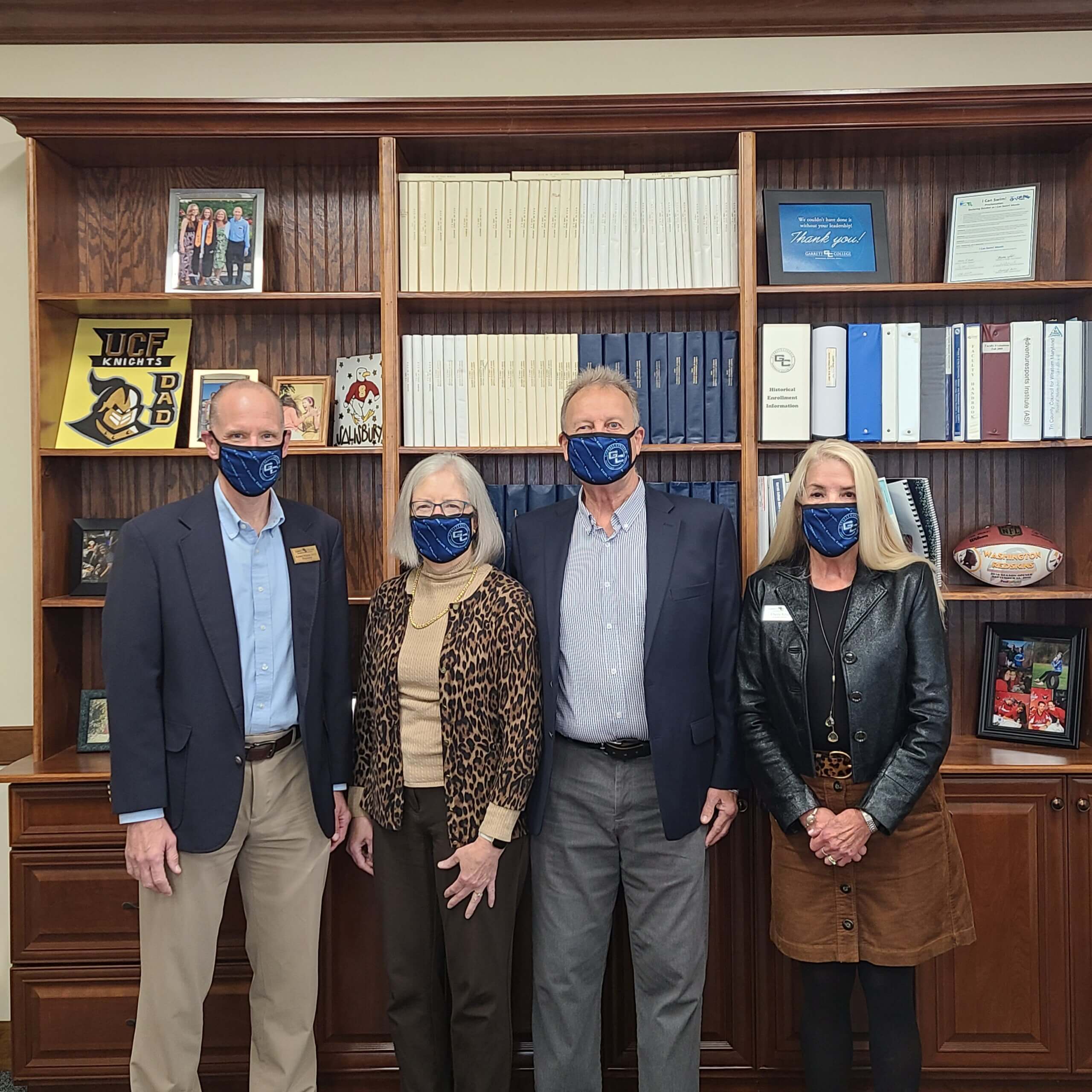 DCWF – ’tis the Season for Giving