There was a rock slide on Rt. 135 near Luke on Saturday.  The road was closed for a while as cleanup and hillside assessment continued. Last we heard one lane was now open with flaggers on-site.

We are sad to hear of the passing of local entrepreneur Rick Hartman.  He owned the Liberty Service Station/Food Mart in Accident and Curt’s Corner off 495.  Condolences to the family.

Garrett College celebrated its 41st commencement on Saturday.  I had the pleasure of being part of the proceedings and it was really nice to see all those fresh grads ready to take on the next stages of their life.  Here’s a photo of HR director Janis Bush, president Rich Midcap and dean JR Kerns as we were preparing for the big event. Check out the wDCT Live video (below) as well. 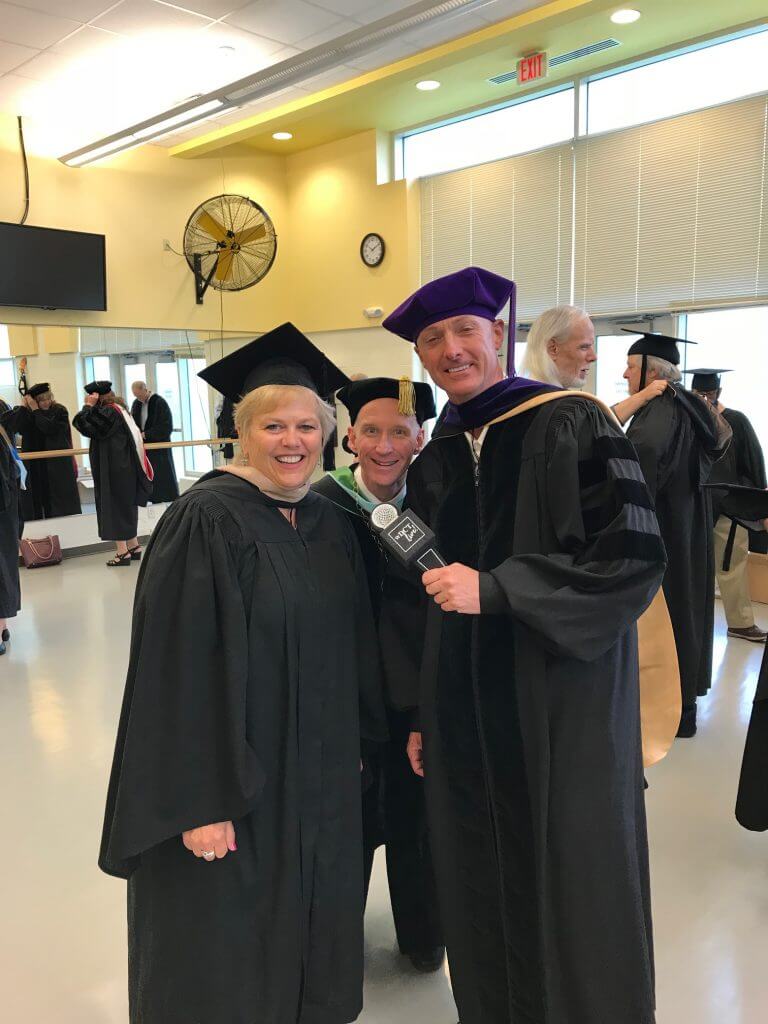 Ever wonder what the Civic Club does and why you should consider joining? The Civic Club of Oakland is holding an open house at the Mountainside Marina (near Lakeside Creamery) tomorrow, Tuesday, from 4:00pm – 6:30pm.  Note that some local ads had the day as Wednesday, but it is Tuesday. Email gfwc.oakland@yahoo.com for more information.

Here kitty, kitty…  If you hear what sounds like a baby screaming in the middle of the night it is most likely not a little-one in distress, but rather a call from a bobcat.  Unlike mountain lions which were forced-out of the area by the early 1900s, Garrett County is home to secretive, nocturnal bobcats.