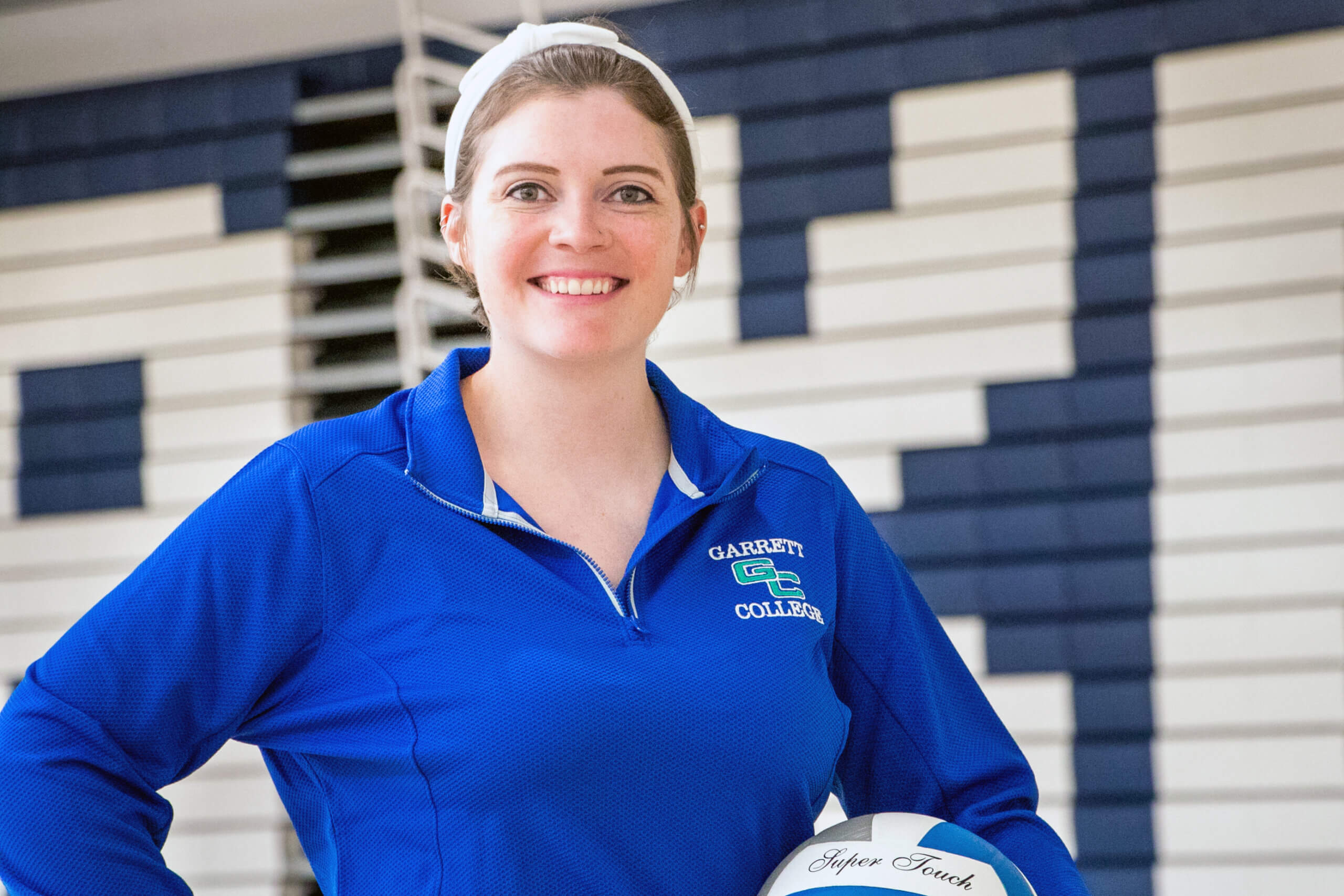 Brittany Jackson has spent years preparing for this chance.

“I’m very excited for this opportunity,” said Jackson, who was recently named head women’s volleyball coach at Garrett College. “I really wanted to get back into college athletics. My previous coaching experience made me feel like I was ready to take on this position.”

Jackson, a former graduate assistant in the Frostburg State University program, went on to serve as an assistant varsity and a head junior varsity coach at Walsh University. She was also previously head coach of the Frostburg Volleyball Club’s 13-14-year-old squad, in addition to serving on coaching staffs at a pair of New York high schools.

“Brittany is the most dedicated, loyal, and supportive person I know,” said Higgins. “Her commitment to see the game of volleyball grow is why I know she is the right person for the job.
“Her career and personal experiences have prepared her for this opportunity,” added Higgins. “I know she will do great things not only with the program but within the entire athletic department.”
Liz Show, a co-athletic director, said the College is “excited to have Coach Jackson join our Laker Nation family.”

“Brittany brings an abundance of knowledge and enthusiasm to our volleyball program,” added Show. “Her leadership will help our student-athletes develop lifelong skills, both on and off the court, and will help them be successful in achieving their goals, now and in the future.”
Jackson spent two seasons at FSU as a graduate assistant, including helping the Bobcats to their best winning percentage in a decade and a berth in the East Coast Athletic Conference (ECAC) tournament. Walsh University reached the Great Midwest Athletic Conference semifinals during her one season as an assistant coach.

Jackson earned a Master of High Education (M.Ed.) in interdisciplinary studies from FSU in 2019. She earned her undergraduate degree in Sport Management from Anna Maria (Mass.) College, where she registered 702 career digs and helped the Cats to 44 wins and two trips to the Great Northeast Athletic Conference Tournament.

“I loved playing college volleyball,” said Jackson. “Getting to play in college was a great opportunity. It gave me a chance to continue playing a sport I loved and to help shape me as a person and an individual. I got to know more about myself.”

Jackson also played two seasons with the AMCATS’ women’s lacrosse team and one season with the women’s softball team.

Jackson said the Lakers have already signed eight players for this fall’s volleyball team, with “three or four more” interested in joining the program.

“The key to having a successful season is getting everyone on the same page to reach the same goal with the same drive,” said Jackson. “We’ve got to have everyone working together to make things happen.”

Jackson noted it’s not too late for any student-athletes who might be interested in attending Garrett College and playing for the Lakers this fall to do so. Anyone interested can contact her at brittany.jackson@garrettcollege.edu.

Jackson indicated she feels she’s right where she was meant to be.

“I’m excited to be working at Garrett College,” she said. “I love the area, and I love what the school has to offer. This is a great opportunity for students to play college sports and get an education.”

For more information on Garrett College, please contact Richard Midcap at 301-387-3056 or richard.midcap@garrettcollege.edu.

Most Popular Valentine’s Candy By State