There is a hazardous weather outlook:

Did you know the U.S. Census Bureau has an “academy” to show you how to find and use Census Bureau data? I’ve used census data to build business plans, to support grant proposals, and to develop apps! To request free workshops and trainings for your organization, send them an e-mail. 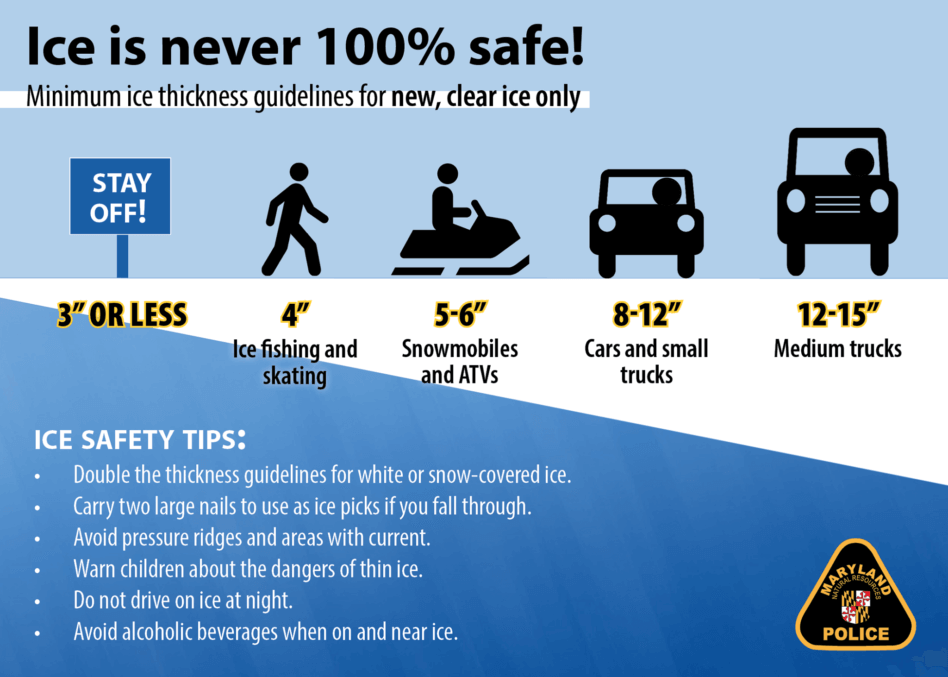 Every winter, across Maryland, the Maryland Natural Resources Police and first responders rescue people who have fallen through the ice. There really is no such thing as “safe” ice but here is a list of guidelines.

There is a new vape shop — The Cloud Factory — in Oakland and Grantsville’s Dollar General is now open for business!

Loch Lynn Youth will be back with in-person meetings beginning February 3. This student extension of Loch Lynn Church of God meets every Wednesday at 6:30pm.

Hunters 16 years of age or younger, military veterans of any age, and members of the Armed Forces on active duty, including members of the National Guard and Reserves on active duty (other than for training) may hunt ducks, geese, and coots on public and private land during the special hunt day February 6, 2021.

The Maryland Department of Natural Resources announced that hunters reported taking 89 wild turkeys during the 2021 winter turkey season, which was open statewide Jan. 21-23. This year’s harvest was slightly higher than the 2020 total of 82 turkeys. Garrett hunters took 7 turkeys.

The Maryland State Department of Education Division of Career and College Readiness (and other organizations) are conducting a survey and review of industry credentials that high school and postsecondary students can earn in CTE programs of study offered throughout the state.