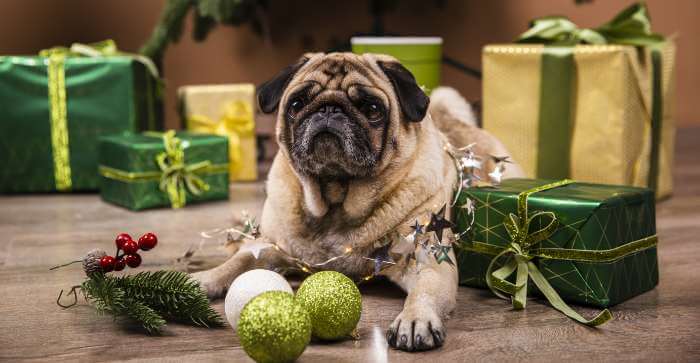 Animal experts at Oodle Life, a website that provides dog and puppy information, have warned that the ‘Disneyfication’ or anthropomorphism of pets this Christmas can cause significant harm to them.

Many pet owners will admit that they attribute human characteristics to their pets, treating them as miniature people. After all, pets become part of the family. “They’re always on your side, they keep you company when you’re feeling sad or lonely, and they bring endless joy with their loyalty and adorable behavior,” says Chris Allen, Founder & CEO of Oodle Life. “However, as much as we love them, it’s important to remember that they’re not actually human, and they shouldn’t be treated as such.”

The statistics bear this out: according to a survey by Oodle Life of 3,000 pet owners, 75% of pet-owning households in Maryland admit to giving their pets special treatment (such as giving them leftover food and dressing them up) over Christmas. This equates to over 684k households in The Old Line State. Moreover, according to the 2021–2022 American Pet Products Association National Pet Owners Survey, 43% of pet dogs in the United States and 49% of pet cats sleep on their owner’s beds. In addition, more than one in five, or 22% of U.S. adults, report they have held or attended a birthday celebration for a pet (getting a cake and candles for a birthday celebration is more common for dog owners than cat owners).

Putting pets in strollers, spraying them with pet cologne, putting diapers on them, or giving them breath-freshening products were also among the increasingly popular practices discouraged in a joint report by researchers at the University of Pisa and the Metropolitan Autonomous University in Mexico City.

Treating pets as little humans can be damaging to them for a number of reasons, says Chris Allen, Founder & CEO of Oodle Life:

For example, dressing your dog in a Christmas sweater may impede its ability to regulate its own temperature, so is best avoided. However, when outdoors, even dogs with thick coats can get hypothermia or frostbite in freezing weather, according to the American Kennel Club (AKC). If the temperature drops to the mid-40s Fahrenheit, it’s definitely time to dress that pet – just not in a human Christmas sweater…

Holding or carrying them like a baby for prolonged periods can cause obesity and inflammation of the joints and hinder their ability to cope with their environment, leading to anxiety.

Hugging a pet could also be seen as ignoring the animal’s preferences and may cause anxiety.

Giving them human Christmas food – such as Brussels sprouts or cake – can cause conditions such as obesity or malnutrition.

He continues: “So just remember that while a pet is for life, and not just for Christmas, they are also animals, not people, and it’s important to treat them as such. That way, both humans and pets can equally enjoy the holidays!”