McHenry, MD — The AAUW-Garrett Branch is pleased to announce that it has awarded its annual Mary Blair Whytsell Scholarship to Alexandra Schofield and Kristen N. Massey, both of whom graduated from Garrett College this year. This scholarship is awarded to academically high-achieving graduates of Garrett College who are transferring to a four-year institution in order to complete a Bachelor’s degree. This scholarship is intended to help women who have limited resources to continue their education.

Judy A. Carbone, President of AAUW-Garrett Branch, announced the recipients at the branch’s annual meeting in June. She said of this year’s recipients, “both young women are the epitome of what AAUW-Garrett Branch is all about and has been for its 75+ years in Garrett County. They both excel academically, and both are clear examples of the power education holds for women and girls to thrive and see their dreams become reality.” 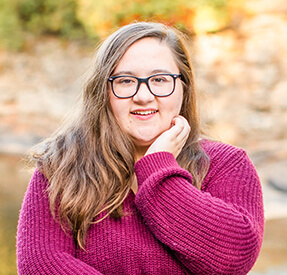 Alexandra Schofield, Mountain Lake Park, MD, graduated from Garrett College and is attending Frostburg State University in the fall. There she will complete her bachelor’s degree in Mathematics and work on her Maryland Teaching Certificate. Her career goal is to teach at the community college level with a special interest in teaching dual enrolled students.

Alexandra is also particularly interested in combating the discrimination many women face in the STEM fields. It was the topic of her Girl Scout Gold Award during which she spoke to girl scout groups about women in STEM and completed a curriculum on the topic. Says Alexandra in her scholarship application, “I am very passionate about women being able to work in whatever field they desire.” She continues, “While more women are accepted in the STEM field than years ago, many people still have doubts about the ability of women in these fields. This is something I have already faced in my college career, and unfortunately was prepared for such discriminatory comments to be made against me. Women should not be discouraged from any interest in STEM careers.” She believes the preparations she has made as a high school student and a Garrett College student will prepare her well to succeed against any obstacles she may face in the future and wants to help to educate other women to also be prepared.

While at Garrett College, Alexandra was involved with the College Advisory and Activities Board (CAAB) and was a tutor in the Advising Center. It was in these and other activities that she came to know Dr. Ryan Harrod, Dean of Academic Affairs and the Chief Academic Officer at Garrett College. Dr. Harrod recommended Alexandra for the Mary Blair Whystsell Scholarship, writing that she “…is an amazing student and one of the few undergraduates who I believe has the motivation to succeed in any educational opportunity she takes on.” He continued, “I have no hesitation in saying that Alexandra will be one of the more productive and engaged recipients of this scholarship…She is intelligent, a quick learner, and she works well with others. I believe she has set herself on the path to becoming a promising professional in the STEM field of Mathematics.”

Alexandra is also involved in her community. She is currently serving as a member of AmeriCorps as well as sitting on the board of the Garrett County Drug Free Communities Coalition. 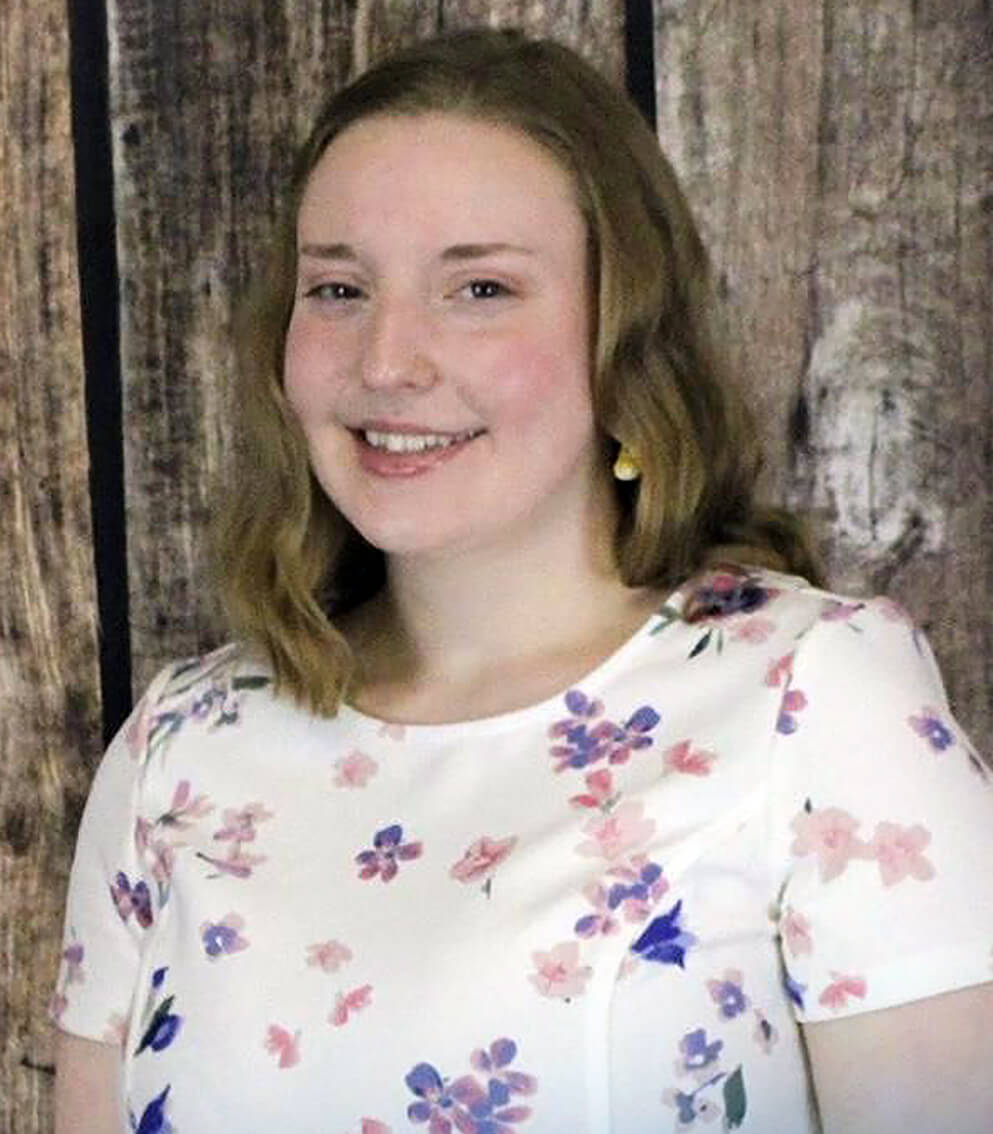 Kristen N. Massey, Oakland, MD, graduated from Garrett College with an Associate of Arts in Teaching Education: Elementary Education Concentration, maintaining outstanding grades. She will be attending Frostburg State University in the fall where she plans to pursue a bachelor’s degree in Education and her Maryland Teaching Credential.

Kristen has long dreamed of being an elementary school education and stated in her scholarship application that she hopes to inspire her students to reach their own dreams. Her earliest recollection of teaching was when she herself was a young child in school. She stated, “I want my students to know their worth and to understand they are capable of achieving their goals. Another goal of mine is to provide a safe and motivational learning environment, which is welcoming to all students.”

Dr. John Taylor, Associate Professor of Education at Garrett College, had Kirsten in his classes each semester she attended the college and was her program advisor. He wrote a recommendation letter for Kristen’s scholarship application. Says Dr. Taylor, “Since first meeting Kristen, I have been very impressed with her performance. Her work is always completed in a professional manner, and she completes her work early. In addition, she is willing to participate in classroom discussions and does so in a mature manner. Kristen also works well with others during cooperative learning activities in class. Kristen has also done an exceptional job during her teaching presentations in class. I have been very impressed with her performance.”

Kristen thanks AAUW-Garrett Branch for the scholarship and the possibilities it will bring her in her educational and career journey.

The Mary Blair Whytsell Scholarship is named for the daughter of Eric Whytsell and Dr. Virginia Broaddus, past Dean of Academic Affairs at Garrett College, and was so named at the time of Mary Blair’s birth. The scholarship was created to honor the commitment of Dr. Broaddus to the scholarship for women and the liberal arts education that Mary Blair was sure to receive as she grew up. The Whytsell Family now lives in Littleton, CO, and Mary Blair is a talented, brilliant teenager who has the world as her classroom and loves to learn. It is this love of learning and participation in the wider world that the AAUW-Garrett Branch honors with the scholarship that is named after her. The scholarship provides money to pay for books and supplies during the completion of the recipient’s baccalaureate degree.

The national organization of AAUW has been empowering women across the country since 1881. Locally, the AAUW-Garrett Branch was started in 1946 and has been active in our community, supporting local women ever since. The mission of AAUW is the advancement of women and girls through advocacy, education, philanthropy, and equity. The AAUW-Garrett Branch raises funds for several scholarships that support local women in attaining degrees and certifications to advance their opportunities for career advancement and financial security. Their fund-raising efforts including helping to administer the End-of-the-Line Bookstore at the Oakland Train Station.

Donations to the AAUW Scholarship Fund are gratefully accepted via check made to AAUW-Garrett Branch and sent to P.O. Box 182, McHenry, MD 21541. Questions can be directed to Branch President Judy Carbone at 301-616-5036 or at judy@corgi-cottage.com. 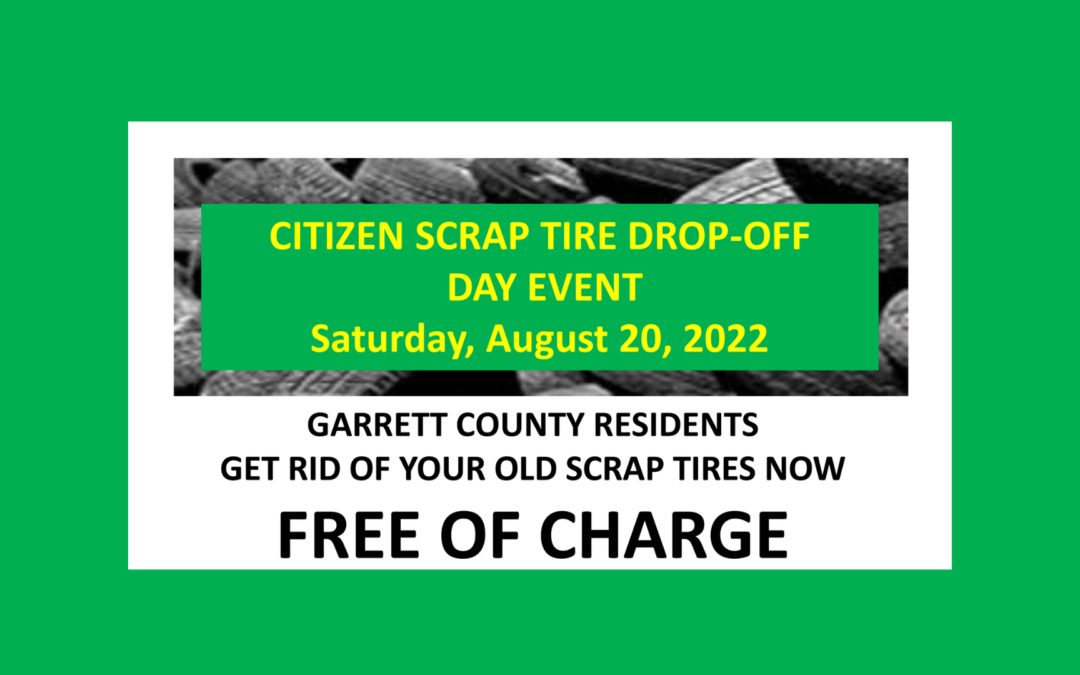