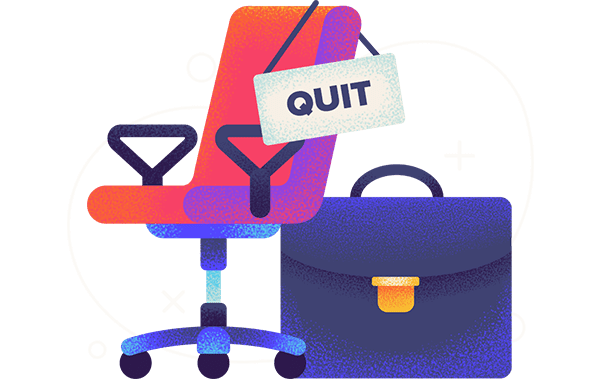 With Americans quitting their jobs at record rates during the so-called “Great Resignation,” even in the face of high inflation, WalletHub released its updated report on 2023’s States With the Highest Job Resignation Rates, along with expert commentary.

WalletHub ranked the 50 states and the District of Columbia based on how frequently people are leaving their places of employment. Below, you can see highlights from the report.

What are the main factors that are influencing this shift in the labor force?

“Anthony Klotz, a management professor at University College London, coined the term that is all familiar with: The Great Resignation. While some states certainly have higher resignation rates, the driving factors behind employees resigning in great numbers are pretty consistent. Burnout, often as a result of an unsustainable workload, lack of opportunity for advancement, and poor leadership are all reasons why employees resign. In addition, people often quit because they can find another job. The COVID-19 pandemic led to more opportunities for people to find another job, often at a significantly higher salary in many industries. Finally, the pandemic led some to reevaluate how their values aligned with their work, whether that related to an organization’s mission or to the degree to which employees viewed work as central to other aspects of life, such as family or other interests. So basically, we have a sum of more macro factors (broader economic environment and opportunities combined with personal situations and decision-making.”
Benjamin Biermeier-Hanson, Ph.D. – Assistant Professor, Radford University

“People are leaving their jobs voluntarily as a protest against current working conditions. The lower wage schedule, especially in service, has to do with unpredictable schedules which create confusion and an inability to plan for child care or any other responsibilities a person has. At higher income levels, particularly in corporate jobs, people are objecting to the routinization of work, to demands for the office or office work by employers without consultation with workers, by lack of meaning, not feeling valued, and having no voice in decisions. Given the current labor market, people feel they can find other jobs which have better conditions and are willing to take the risk of leaving. Other responses to working conditions are unionization attempts at unexpected places.”
Lotte Bailyn – Professor Emerita, MIT

How is the decrease in labor force participation affecting employers?

“Decreases have required employers to rethink their processes and question whether they can stay in business. Currently, more American companies are closing because of a lack of workers rather than a lack of business…Demand for products and services is way up, and the number of people doing the work is way down. At some point, employees reach a breaking point. Virtually all storefronts and backs of semi-trucks are soliciting help. Currently, it is not going well. Companies recognize that they cannot count on an available workforce, and no backups are available. Instead, they have pursued technologies to fill many of the tasks previously held by people, even in service positions that have historically relied on face-to-face interactions.”
Wayne Hochwarter – Professor, Florida State University

“A scarcity of workers is a problem, but perhaps employers could use the occasion to rethink their expectations about work, to consider more carefully the needs of employers and how they can meet them. this could be a win-win situation, even with unions, if employers would consider their workforce not as interchangeable commodities but as unique individuals with skills and talents they can benefit from, given conditions that recognize their value and provide them with respect and voice.”
Lotte Bailyn – Professor Emerita, MIT

Will this be a long-term issue or will we see a re-entering in the labor force of prime-age workers in 2023?

“Most employees will return to the workforce because they need to support themselves and their families. But some employees may reject employers that limit or exclude remote work, preferring to seek employment with employers that are more flexible about working from home.”
Christine N. O’Brien – Professor, Retired, Boston College

“This is a great question. It is hard to forecast the future on this one. On one hand, the broader economic climate has changed in the last 6-12 months, with prominent layoffs occurring in leading sectors like tech and speculation of more to follow in other areas. So, as it relates to the ‘pull’ factors, such as the opportunity of other jobs, we may see people resign less due to fewer options. At the same time, the individual and organizational level factors, such as burnout and lack of support, have not changed for many. Ultimately, I would speculate that we will see a slowdown in resignations – those who can leave and desire to still will, but the opportunities for as many to do so may decrease shortly.”
Benjamin Biermeier-Hanson, Ph.D. – Assistant Professor, Radford University