Yesterday started with an ice storm which then transitioned to snow. We had somewhat of a break last night while today’s weather will continue on as snowy. Temperatures expected to be a high near 28 and low near 20 and, at least, 3-5 inches of snow accumulation. Winds could gust over 25mph and make conditions difficult.

There are many closings and delays today: we’ve heard about Garrett and Allegany County Public Schools, several small businesses as well as, surprisingly, the LaVale’s Country Club Mall.

Here’s a view of my front yard and driveway from my porch yesterday, the first day of Spring, about Noon. Difficult to see the individual snow flakes but it was really snowing hard at that point, and there is ice underneath it all. 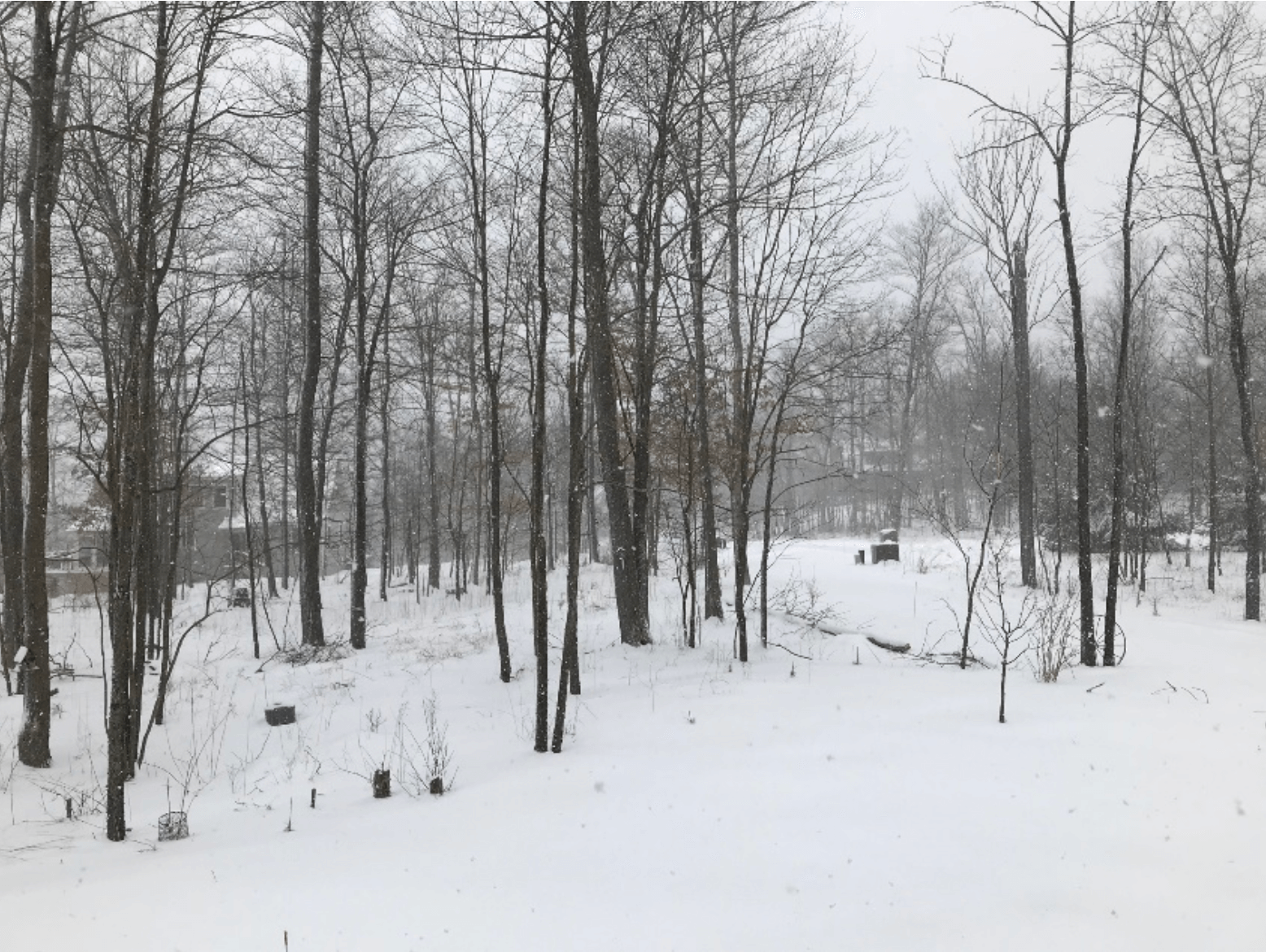 It’s another Wet ‘N Wild Wednesday at the CARC this evening.

We know many of our readers travel or have multiple residences, so here’s a link to County Board of Elections site for absentee ballot information.

Registration is open for applications into the Small Business Administration’s Emerging Leaders Initiative.  This program is free but requires a seven-month commitment of time and is not for start-ups, but rather those C-level small business owners that have shown success with their enterprises.

Here’s some wisdom shared by Shannon Shine of Shine Time Creative Studio in Cumberland:
At 23, Oprah was fired from her first reporting job.
At 24, Stephen King was working as a Janitor and living in a trailer.
At 28, J.K. Rowling was a suicidal single parent living on welfare.
At 30, Harrison Ford was a carpenter.
Vera Wang failed to make the Olympic figure skating team, didn’t get the Editor-in-Chief position at Vogue, and designed her first dress at 40.
Alan Rickman gave up his graphic design career to pursue acting at 42.
Morgan Freeman landed his first MAJOR movie role at 52.
Louise Hay didn’t launch her publishing company, Hay House until she was 62.

If you haven’t found your dream career yet, it’s not too late. You aren’t a failure because you still don’t know what you want to be when you grow up. It’s OK if you have literally ZERO idea of what to do next.

Because whatever you were born to do, you can still do it. Thanks for sharing this Shannon

After eight years of service to Appalachia, Earl Gohl ends his tenure with Appalachian Regional Commission. Earl visited Garrett County several times we personally worked with him. He has left big shoes to fill at ARC and is a great partner and advocate for Appalachian economic and community development.