Yesterday was a very nice day.  A little breezy, but nice and sunny.  Today will be cloudy and cooler, with a high of 46 degrees and a low around 36.  There is a chance for precipitation during the day and definitely in the evening.

Here’s a close-up photo of the first apple blossom of the season, as photographed by regular reader and contributor Joe Vitek.  Thanks Joe! 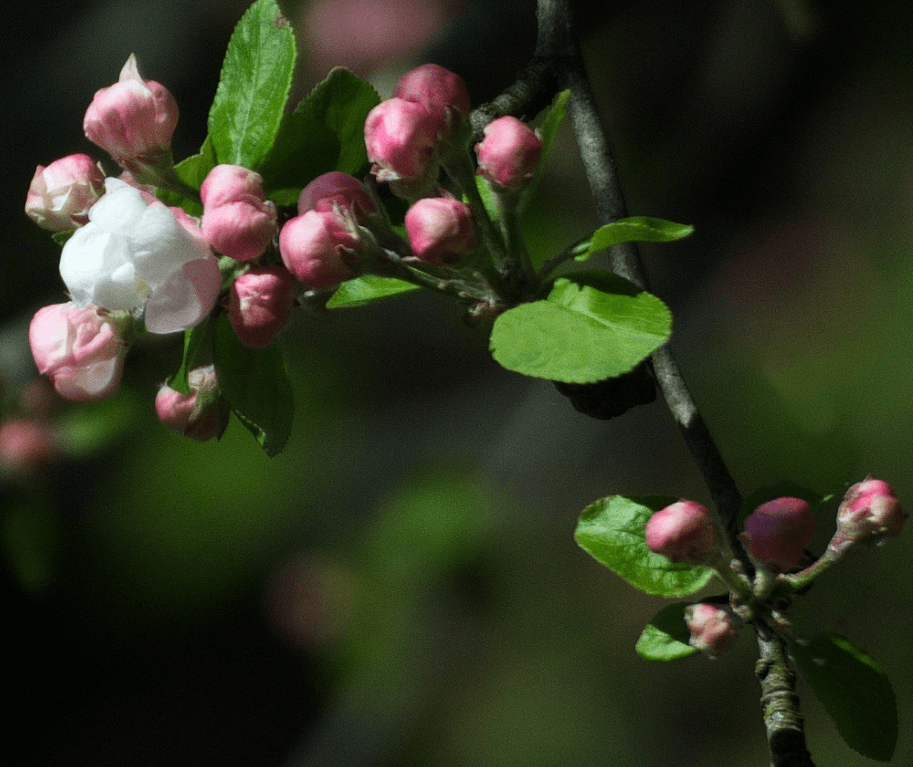 The Maryland Department of Natural Resources is seeking citizen input during the scoping period relative to some potential changes to brook trout fishing regulations.  Here’s the link to the page that explains more on the scoping for brook trout and other species that will impact us in Western Maryland.

While the earliest cases of coronavirus in the United States were reported primarily in urban areas, which still remain hardest hit, there is increasing concern about the impact of the pandemic in rural America. Here’s a very inreresting, thought-provoking, short paper on the comparative numbers, trends and potential implications.  Check it out!

Here’s a nice letter from Garrett County Health Officer, Bob Stephens, that shows his thoughtfulness and humanity along with his desire to win this war on coronavirus.  Thanks Bob!

This Thursday, May 7th, is the National Day of Prayer, as observed annually on the first Thursday in May.  This day of observance, designated by the United States Congress, asks people “to turn to God in prayer and meditation.” The modern law formalizing the annual National Day of Prayer observance was enacted in 1952 and each year since, the President of the United States has signed a proclamation, encouraging all Americans to pray on this day.

For you history buffs: Before 1952, there were a few other individual National Days of Prayer in United States history: