We hope all our readers had a very nice, safe holiday weekend.  The weather was mostly wonderful and it was certainly a magnet for tourists and locals alike to get out on the lake or outdoors at the numerous events and destinations around the area.

The weather for today will be partly sunny, with a high near 78 and a chance of showers and thunderstorms tonight; low around 64.

I want to acknowledge the severe weather, devastation and the heroic efforts by public safety personnel in Old Ellicott City over the weekend. I lived there for well over two decades and it is a wonderful place, but this second massive flood in two years will really test the community and its citizens. Our thoughts and prayers are with all, including our readers from that area.

There’s a children’s lap sit session this morning at the Oakland branch of the Ruth Enlow Library from 10:30am – 11:00am for children and caregivers.

As part of the outreach for A Better Maryland, the Maryland Department of Planning has posted an online survey for those who were not able to attend one of its recent listening sessions.  The survey will be active through the end of May. If you have not already, visit the survey page and take the five-minute survey.

The Town of Grantsville shared that the park basketball courts were repaved over the weekend and ask that patrons do not use the courts until the cones are removed.

The Garrett County Democratic Central Committee is hosting a Democratic candidate forum this evening at Garrett College from 7:00pm – 9:00pm. I believe it is open to all but that is not confirmed.

Mountain State Brewing Company in McHenry has a dog friendly back patio. Bring Fido and have a beer and a flatbread pizza. Or, bring the kids to the Greene Turtle as it is “Kids Eat Free Tuesday.” Check our Specials List for more deals for today.

The State Highway Administration will remove the top layer of asphalt, pave and then restripe U.S. 219 (North Third Street) between Oak Street and Orchid Street (through the town of Oakland). The project will begin this week and is estimated for completion in mid-June.

Just a few days left to check out the “Turns and Transitions” exhibit at the Saville Gallery on Centre Street in Cumberland. The Allegany Arts Council always puts on a great show. 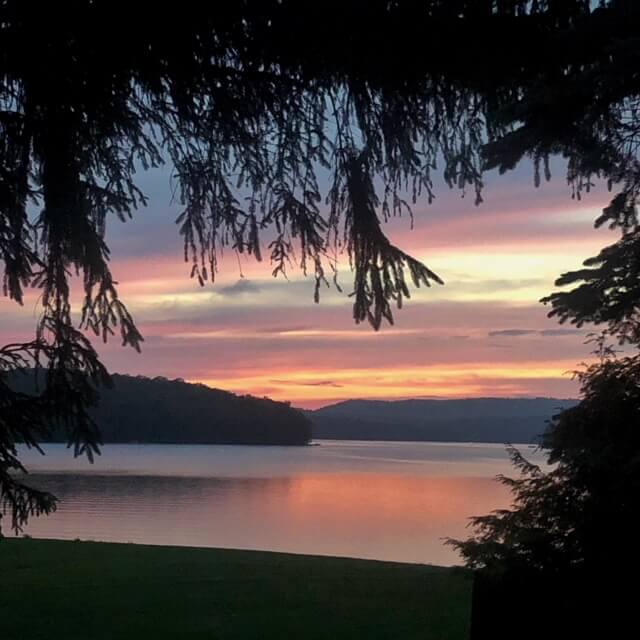