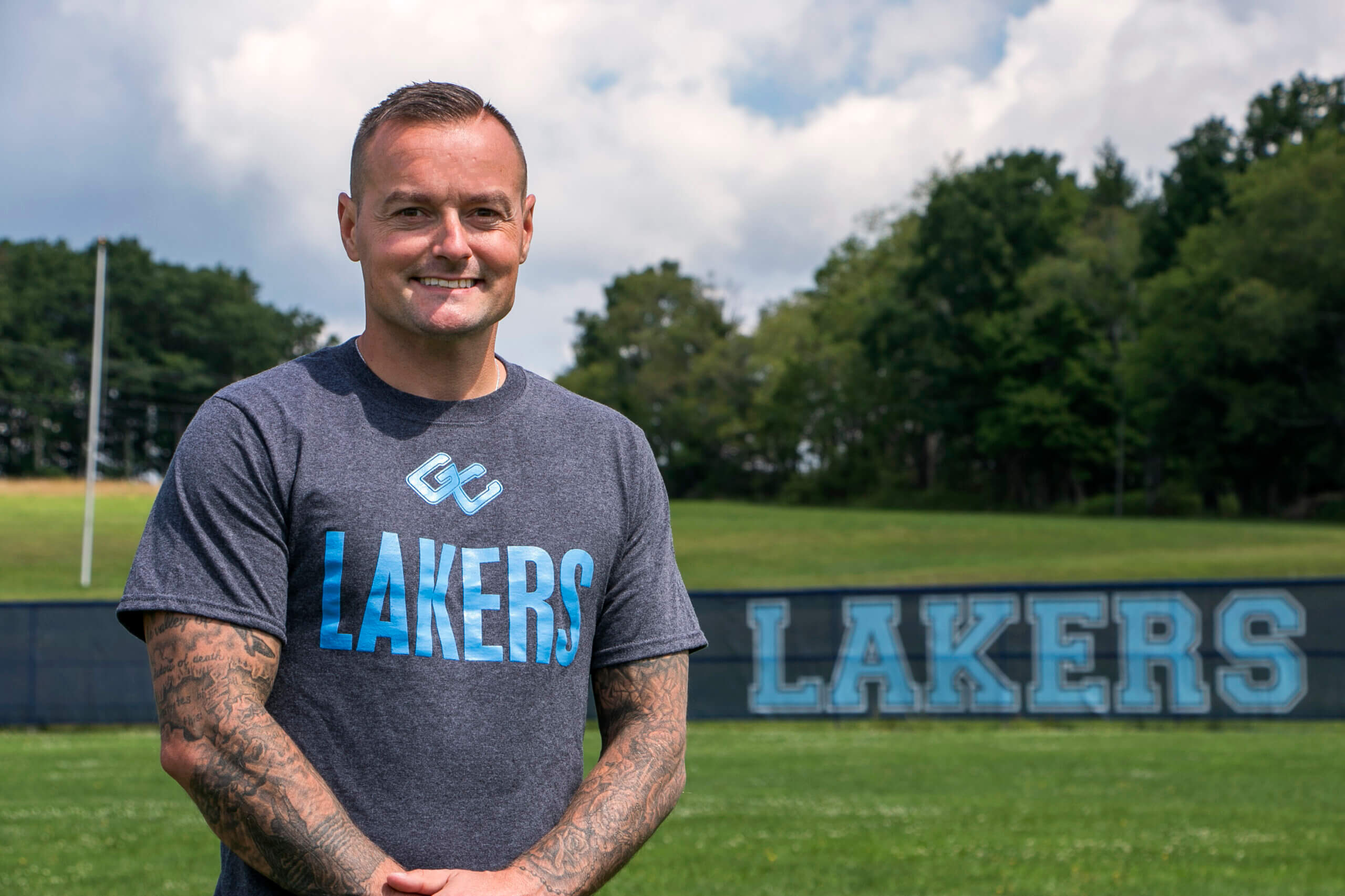 Brandon Jackson is getting a chance to build a collegiate women’s soccer program from the ground up – and he couldn’t be more excited about the opportunity.

“At Garrett College, it’s all about the Laker Nation family,” said Jackson, who is shifting from GC’s assistant student development director to head coach for a GC women’s soccer program that will launch in fall 2023. “I look at this as an opportunity to help young adults enjoy the college experience, graduate, and make meaningful connections during their time at GC.”

“I really feel that my background and experience will benefit the student-athletes who choose to join Laker Nation and play women’s soccer,” said Jackson, who played four years of college soccer, the last two years at Lindenwood (MO) University. He then spent two years as a graduate assistant in men’s and women’s soccer at Lindenwood while earning a master’s degree in education.

“Player, graduate assistant, collegiate official – Brandon really checks all the boxes,” said Kerns, who played Division I soccer at the University of Louisville. “And I think he’s going to be a tremendous recruiter. Student-athletes love playing for a coach who’s ‘all-in,’ and that perfectly describes Brandon.”

“We’re excited that Brandon will be the person to start our women’s soccer program,” said GC co-Athletic Director Eric Hallenbeck. “His energy, enthusiasm, and work ethic impressed the search committee.

“Brandon’s experiences at the college the last five years working in residence life and donating his time to help athletics all make him a really good fit,” added Hallenbeck. “He officiates college and high school games and still plays competitively. The contacts that he has made and the support system we have here at Garrett will help him get this program off and running.”

Jackson started his collegiate career at Taylor University, where he made the United States Collegiate Athletic Association’s all-American team as a freshman. He then played a year at Pearl River (MS) Community College, where he was Male Student Athlete of the Year, before transferring to Lindenwood.

Jackson has worked closely with GC’s Athletic Department in his role as assistant director of student life.

“Everyone in the Athletic Department really cares about our student-athletes,” noted Jackson. “I think women’s soccer recruits will find it to be a welcoming and nurturing environment.”

“A big part of this job is being able to make connections across Western Maryland, West Virginia, and Pennsylvania,” observed Jackson. “As an official, I’ve had the opportunity to build meaningful relationships with head coaches at four-year universities and high school coaches in all three states.”

Jackson said those relationships will help place transferring GC women’s soccer players in four-year institutions as well as with recruiting those students athletes to GC.

“I built strong rapport with coaches at colleges in the Mountain East Conference and the PSAC [Pennsylvania State Athletic Conference],” Jackson said. “And I’ve seen a lot of good talent in Western Maryland, West Virginia, and Pennsylvania.”

While Jackson intends to implement a three-state recruitment strategy, he plans for the Lakers to consistently include a local contingent.

“We want to be a welcoming place for Southern and Northern graduates and local home-schooled students looking for an opportunity to play women’s soccer,” he said.

While new programs have challenges, Jackson said, “those challenges are outweighed by the opportunities – including being the first GC team to play on our turf field.”

“The big selling point to recruits is this: You’re going to be part of history,” said Jackson. “It’s a new, exciting experience.

“A year from now, what better place will there be on campus than a 7 p.m. women’s soccer game under the lights with the mountains in the background?” asked Jackson. “You couldn’t ask for a better view for a soccer pitch [field] than that.

“I really feel like starting women’s soccer will add an exciting new dynamic to the college experience we offer,” added Jackson.

Most Popular Valentine’s Candy By State