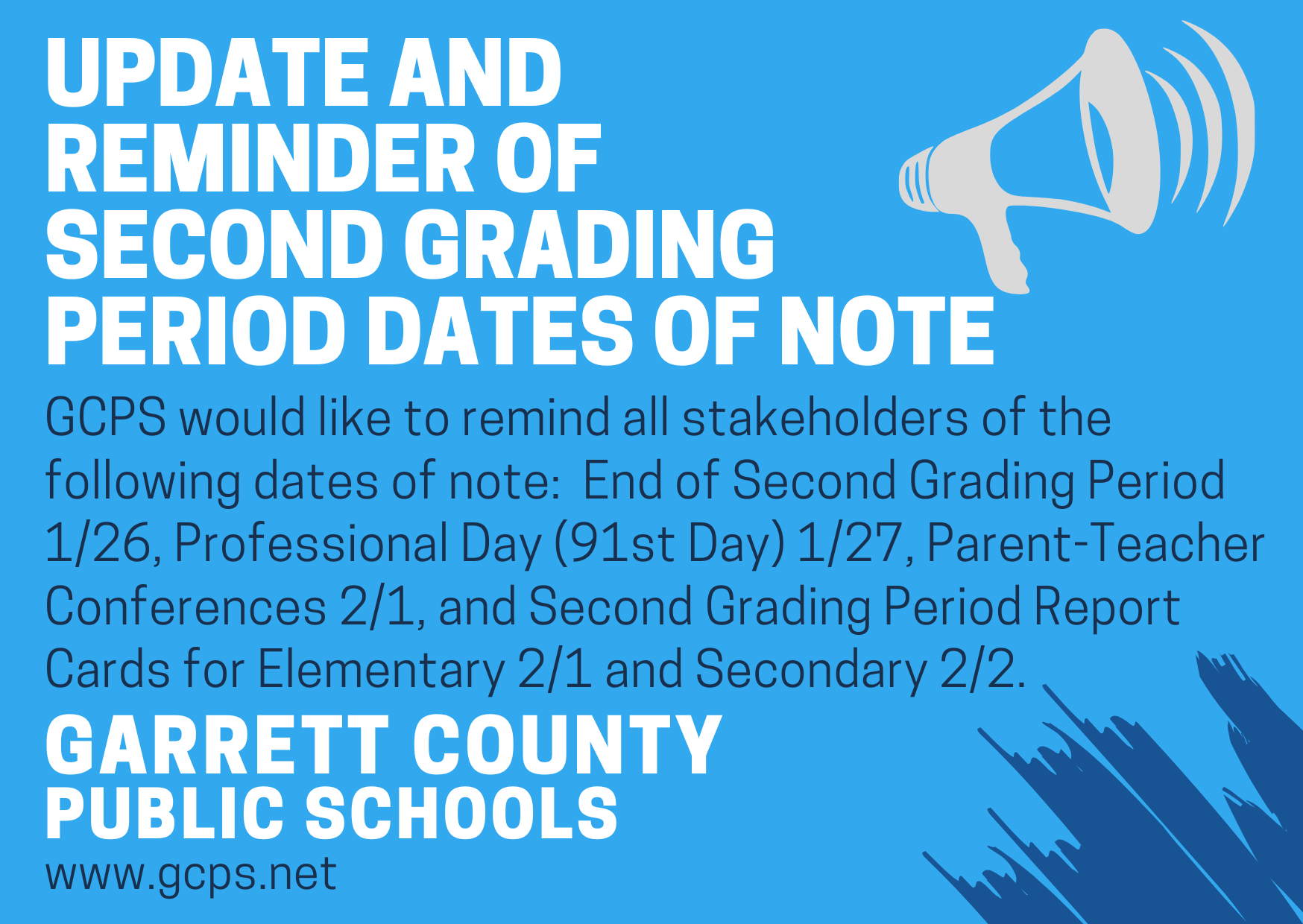 As we approach the end of the second grading period, Garrett County Public Schools (GCPS) would like to remind all staff, students, and parents of the following dates of note:

Dates marked with an asterisk (*) will be moved back for each inclement weather day on which no virtual learning occurs.  These updates will be reflected on the GCPS Google Calendar on the website if necessary.

Oakland gears up for Winter Fest

Laser Light Show to be Presented at Hickory